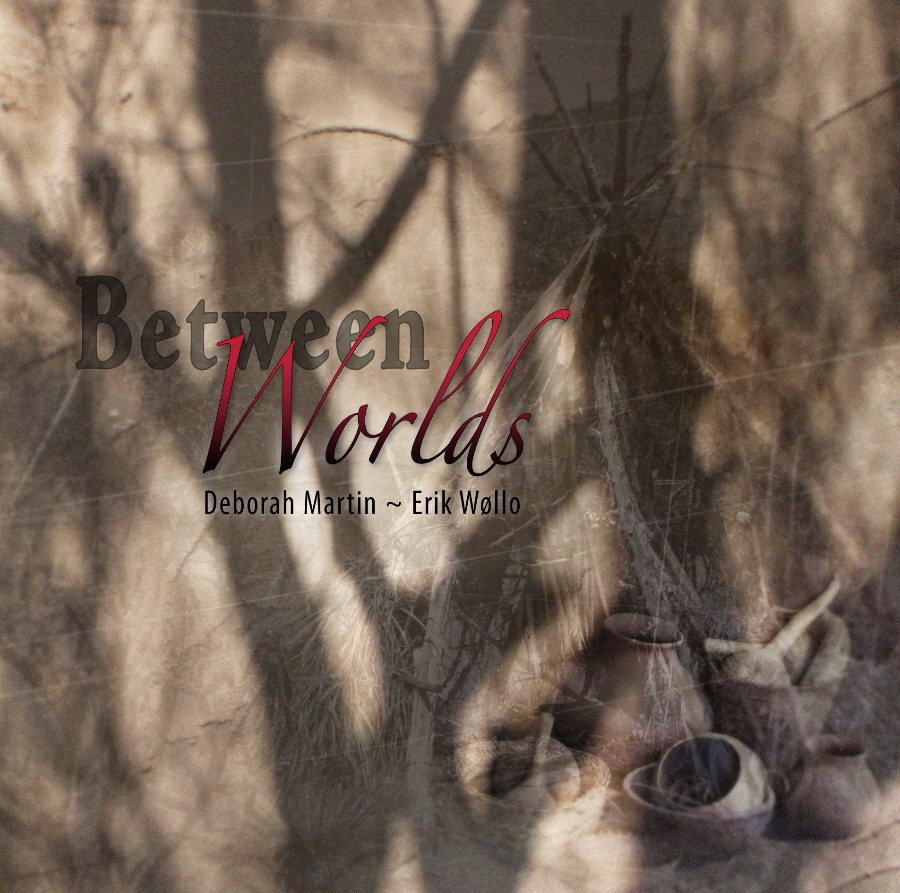 Between Worlds is a dynamic and daring collaboration between widely respected ambient electronic recording artists Deborah Martin and Erik Wøllo. This album is a profound experience that delivers from the first track to the last, teleporting the listener to a place, or more succinctly, a ceremonial space; honoring and invoking the spirit of the American Indian.
Deborah shares some insight into the essence of the work, “The American Indian believes there are two worlds – the world of spirit and the world of form. Creating a bridge between the two worlds are ritual, healing and magic. The music process presented here was created to represent with sound this bridge between the worlds.” Erik adds, “It is important to hear the voices of the past and how they lived in tune with the rhythm and spirit of the earth. With Between Worlds, we delved deeply into the experience, capturing the feeling of this American Indian heritage with sounds and compositions.”
On site location recordings, authentic American Indian instruments, and sonic soundspaces by contributing artist Steve Roach, augment these beautifully composed vignettes, delicately and respectfully illuminating life, Between Worlds.

Quotes from the artists:

“I spent my youth travelling around the world experiencing different cultures so it is no great surprise that I became fascinated with the American Indian. To me this album represents a connection to the heritage and richness of the American West and the indigenous peoples that inhabited these lands long before us. This project afforded me an opportunity to visit again with old friends from prior releases. It is also the rekindling of a passion that is a recurring theme in my compositions.

It might seem odd that I paired up with someone from Norway to co-create a project about American Indians, but Erik Wøllo was born in a small village in Norway, where the local people preserve and respect their heritage, not unlike the American Indian who holds their culture sacred.
In retrospect, we married the two worlds using authentic live recordings and native instruments with modern electronic sounds.”