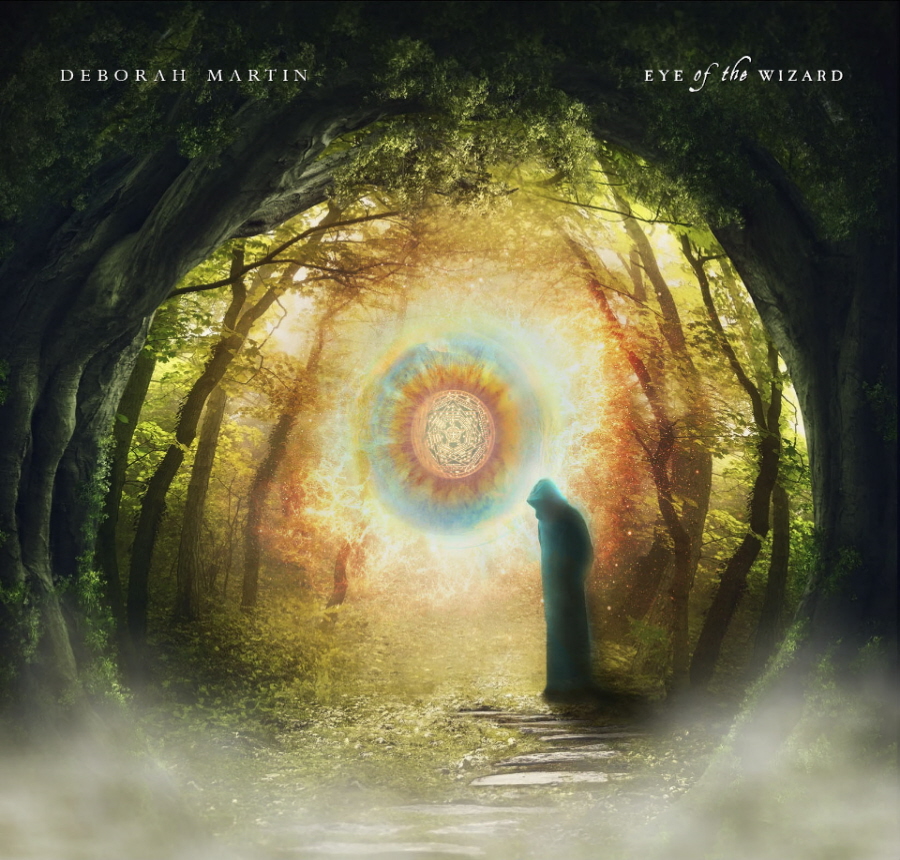 Deborah Martin conjures captivating melodies, hypnotic percussive beats and nuanced ambient textures on the astonishing and beautifully crafted Eye Of The Wizard, an epic musical odyssey through a realm of wizardry and sacred alchemy.

Dancing between the worlds of shadow and light, Martin’s enchanting music is draped in mystery and magic. Sublime structures and haunting lyrical textures evoke visions of the wizards, faeries, watchers and lords that are referenced in the track titles. Deborah explains, “For this project I was inspired by the magical worlds of alchemy and wizardry. Visualizing misty forests filled with magical creatures and realms of otherworldly visions, I wanted to create an album where each piece revealed a deeper mystery as if discovering lost and unknown secrets from long ago.”

The musical odyssey begins with Dance of the Faeries, where playful acoustic rhythms emerge from a shroud of ambiance to tell the tale of magical beings invoking the appearance of a wizard. The pulsing rhythm and sweeping sonic panorama of Watchers looks to the night skies in reference to the ancient seekers foretelling events based on what the stars revealed to them. The majestic yet peaceful melody of Lords of the Vale calls to mind the power of the lords who ruled in the old ways, protecting and honoring all that was sacred. Waiting is filled with the quiet stillness of that mysterious floating place in time before secrets are revealed. The acoustic guitar and kinetic electronic rhythms of Metamorphic combine to foreshadow a time of change as revelations unfold into reality. Ancient and modern are fused as one on The Alchemist’s Robe, where the strong chemistry between modern electronic rhythms and the time-honored sound of the dulcimer summon the story of a sacred garment worn only by those chosen in the arts of alchemy and wizardry. Buzzing with the energy of sustained electric guitar, Eye of the Wizard reveals the delicate secrets of a hidden world before it disappears within the dreamy, whispery nuances of Into Mist.

Weaving melodic structures with ambient tonal layers and compelling rhythms, Eye Of The Wizard is an ambient acoustic musical quest that rings true with all of Deborah Martin’s spellbinding sonic hallmarks – the effortless guitars, heartfelt melodies, organic percussion, and instinctive ambient sensibility – all working together to revel in the wonders of wizards, ethereal woodland visions, and the whispers of secrets long forgotten.

To listen or purchase Eye of The Wizard click here

Eye of The Wizard is nominated for “Best Electronic Album” by One World Music Awards.  The 3rd Annual OWMR Awards Show is 4th June 2016.